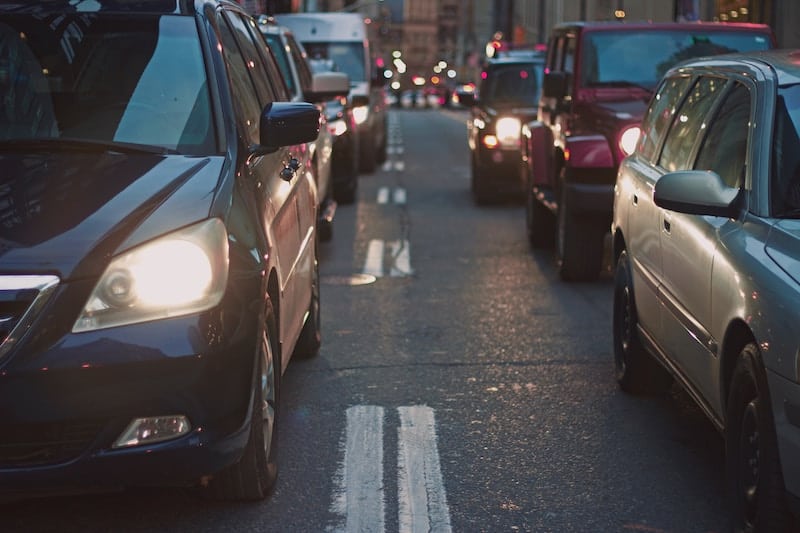 Road rage is exactly what it sounds like: occasions when drivers get angry at others on the road and react by yelling obscenities, driving with intent to intimidate or harass another driver, or–not typically, but in the absolute worst cases–acting out with actual, physical violence. Road rage involves reckless driving motivated by overreactions of anger and aggression toward other drivers on the road. It is very common, with more than 50 percent of drivers confessing that they have experienced road rage.

The term “road rage” was created in the late 1980s by anchors at Los Angeles, CA television station KTLA. They established the term in response to a series of shootings on several freeways/interstates throughout the city. The National Highway Traffic Safety Administration (NHTSA) defines road rage and aggressive driving as follows: when “an individual commits a combination of moving traffic offenses so as to endanger other persons or property.”

Road rage can manifest in numerous ways, but some common examples of the kind of reckless driving that accompanies road rage include the following:

General life stress, often unrelated to driving, can be a major contributor to road rage. We’ve all experienced this–being under stress can make your tolerance for irritating experiences a lot lower, causing you to react to even small inconveniences with disproportionate aggression.

Those who most commonly experience road rage also tend toward a certain kind of personality. They’re those who are already prone to being selfish, angry, and power-seeking. They have trouble managing their anger. Some of them might even be violent off the road as well as on.

Another aspect of driving that tends to contribute to aggression is the fact that we can’t really see other drivers most of the time. All we see is the other car, and our cognitive limitations mean that we have trouble recognizing the other cars as being driven by other people. This causes us to react more aggressively and experience less compassion for other drivers than we might if we were walking past one another on the street. That’s why road rage is such a major issue.

In addition, one factor that’s been making road rage worse over time is the simple reality that there are more drivers out there on the road than there ever were in the past. Drivers are forced together into smaller and smaller areas, and there is more traffic (which we can all agree is one of the most infuriating aspects of driving). Unsurprisingly, this means more instances of road rage and violent interactions between drivers.

Driving Behaviors That Tend to Trigger Road Rage in Others

In addition to the causes described above, inconsiderate driving can contribute to incidences of road rage on the part of other drivers. Here are some examples of the types of driving behavior that might cause other drivers to become angry:

Drivers should not respond to these behaviors with road rage, but realistically, they sometimes do. You can lower your risk of being affected by other drivers’ road rage by avoiding the above behaviors. It’s always a good idea to be a careful and considerate driver–this added benefit is just another reason to do so.

We’ve located some statistics that demonstrate the seriousness and severity of road rage:

Which Actions Make Drivers the Angriest?

Tips for Responding to Road Rage

If you end up in a situation in which road rage is being directed toward you, it may be scary, but there are steps you can take to minimize the risk. If you believe that you’re on the receiving end of road rage, here are some ways to respond:

How to Minimize Your Own Road Rage

Meanwhile, if you are experiencing road rage, you do not have to give in to your anger. Instead, you can take steps to calm yourself down and maintain a clear head:

If these tips do not suffice, and your road rage is serious, you may need to seek out professional help in the form of counseling by a therapist. Learning about anger management can make a world of difference. Such guidance can assist you in gaining control of your negative emotions while driving, which will help to keep yourself, your passengers, and other drivers safe.