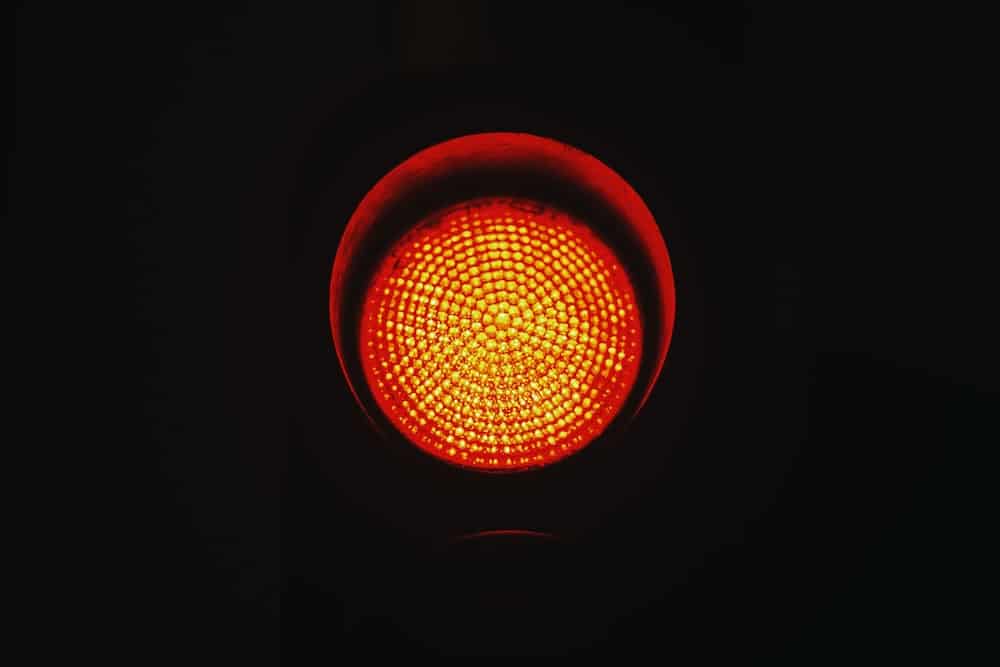 Over the last few years, many Californian street intersections have been outfitted with red light cameras. Their purpose is to deter drivers from running red lights, with the hope that this will reduce the number of fatal accidents caused by drivers running red lights.

Red light cameras have sensors that cause the camera to snap a photo when drivers cross through intersections while the traffic light is red. The cameras photograph the offending driver and their license plate. Based on the registered address of the car, red light camera tickets are then mailed to culprits’ homes.

If you don’t return a ticket in time, you may have your license suspended or be subject to even more fines. To avoid these negative consequences, take action by either paying the ticket or appearing in court before the deadline as listed on the ticket itself.

For any Californian traffic violation, drivers must pay a base fine as well as surcharges and fees on top of that base fine, which may severely increase the total cost for the ticket. The base fines for stop light-related violations (without the potentially significant additional fees/surcharges) are as follows:

The violations that caused a driver to receive a red light ticket will also result in one point being added to their driving record. Accumulating too many points, a California driver may even have their license suspended. Notably, in addition to fighting the ticket itself, drivers can also complete a traffic school course to have the point removed from their record, but this requires more time and money than simply having the ticket dismissed.

How to beat a red light camera ticket in California

First of all, make sure that it’s an actual red light camera ticket. There are also what are called “snitch tickets,” which are fake tickets that some California cities use that are sent out when photos taken by the red light cameras lack the clarity needed to justify sending the ticket. You don’t have to take action on these fake tickets, but law enforcement hopes you will acknowledge you were the driver so that they can send an actual ticket. Luckily, you’ll be able to tell if the ticket is real in California because the snitch tickets must be headed with the statement “Courtesy Notice: This Is Not A Ticket.”

Red light cameras take photos needlessly at times. The cameras can be triggered by small mistakes, like turning right without stopping beforehand. They are also generally installed by private companies, and they may be biased to give drivers more tickets since they earn money from doing so. They have minimum quotas to hit, which also prompts them to give out tickets unfairly. All of these factors mean that it’s often worth fighting the ticket to save the hefty fines (usually $100 to $400 or more, with fees included).

Here’s a basic overview of steps you can take to beat a red light camera ticket:

If you were not the driver

Here’s how to get a red light camera ticket dismissed if you were not actually the driver. In this case, submit an affidavit form and provide the name/address of whoever was driving instead. Ultimately, they must prove that the person in the photos must be the person who was identified on the ticket itself; they won’t be able to prove this if it wasn’t the case, so it’s pretty easy to receive a full dismissal in this case.

A specialized lawyer can examine all the facts of your case, based both on your description (which you will likely have to write down) as well as all available photos and videos, to analyze the best possible defense. This defense will be tailored to your unique circumstances, making it more effective than a simple, blanket response to the question of how to get a red light camera ticket dismissed.

Even if the facts of your case do not seem to absolve you of responsibility, an attorney will often be able to figure out how to wield the law in such a way as to get out of the ticket. Get in touch with a specialized attorney if you feel you need the extra expert guidance.

There’s an odd situation surrounding red light camera tickets in LA county. In recent years, the county’s superior court decided to cease notifying the DMV when drivers didn’t respond to tickets from red light cameras. This is because, unlike the case of tickets given out directly by police officers, no one can officially prove that drivers received tickets. (This is called “acceptance of notice.”) For this reason, the city of LA itself had gotten rid of its red light cameras and stopped gathering fines for unpaid tickets by 2012. However, other cities within LA county continue to give out red light camera tickets.

So, according to the Hanford Sentinel, if you do nothing whatsoever in response to receiving the red light camera ticket in the mail, it can’t affect your driver’s license because the DMV doesn’t receive a notification. But if you acknowledge the ticket at all—e.g., by asking the court for a continuance—this officially demonstrates that you have received the ticket, so your license may be in jeopardy, and you’ll potentially be subject to “failure to appear” (FTA) fines.

This is a complicated situation, though, so if you have any doubts about how to proceed depending on where in LA county you live, it’s always a good idea to consult with a traffic ticket attorney.