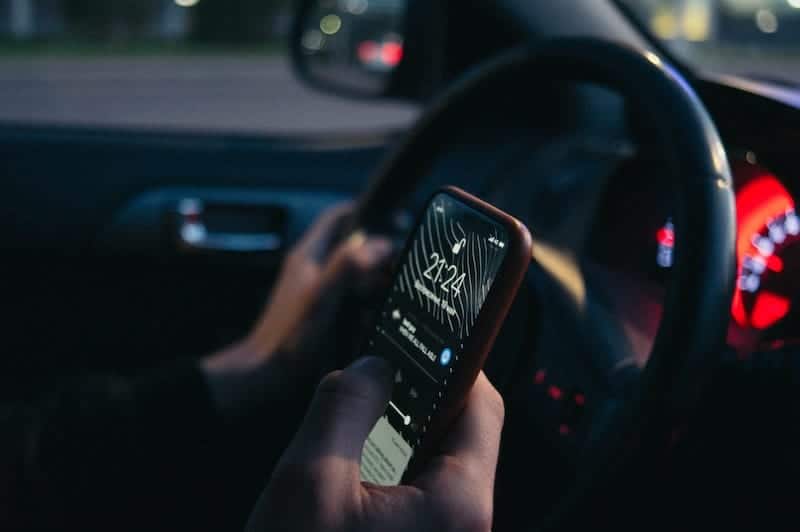 One of the significant causes of road accidents aside from drunk drinking before driving is texting and driving. This practice has become a norm in society, despite different laws set up to stop this behavior.

In this article, we’ll focus on the dangers of texting while driving, as well as the governing laws.

Laws Against Texting and Driving

Each state and legislature in the United States have different laws governing distracted driving. While it’s a great idea to check with your state, we have provided an overview of the laws guiding this activity in almost all states in America.

General Use of Cell Phones

What are the Dangers of Texting and Driving?

1. 25% of Car Accidents are Caused by Texting and Driving

According to the NHTSA, 1 of every four car accidents is caused by distracted driving. This results in a total of 390,000 injuries every year. (Source: Edgar Synder)

2. It causes more accidents than Driving while Drunk

Texting while driving has a 600% more chance of causing an accident than driving drunk. Additionally, it causes more accidents than any other phone-related activity. (Source: Edgar Synder)

It reduces attention for at least 5 seconds and causes a 400% increase in the amount of time taken off the road. (Source: Edgar Synder)

4. More than 1.6 million crashes yearly are as a result of texting and driving.

2. Almost all drivers acknowledge the dangers

Both adult and teen drivers recognize the risks, but most still do it anyways. Over 34% of teens admitted to using their phones while driving. (Source: NHTSA)

Texting and Driving Has a Higher Effect on Teens

1. Teens have a higher chance of engaging in texting while driving

Research shows that more than 21% of injuries from road accidents by teens were caused by texting. (Source: NSC)

2. A greater number of teens with passengers have a higher tendency of causing accidents

Research shows that a teen with a single passenger has a lower risk of getting crashes due to texting and driving than one with up to five passengers. (Source: NSC)

3. Teens are aware of the Dangers of Texting and Driving

Most teens involved in accidents were educated on the risk of this driving habit. Research shows that more than 94% of teens are well informed about the dangers of texting and driving. (Source: NSC)

1. More than 3,166 deaths in the United States are as a result of Texting and Driving.

Data from the NHTSA shows that more than three thousand deaths in 2017 were as a result of Texting and Driving. This number increased to a total of 9 deaths per day in 2018.

More than 52% of minors have claimed that their parents engage in distracted driving, and thus, they see it as something they can do. (Source: PEW)

3. Not all States have Laws

While Big states such as D.C, California, and New York have strict laws against Texting and Driving, some states do not have a single law against this act. Montana and Missouri are known to be the two major regions where it is legal. Arizona became the 48th state when it implemented a new law in April 2019.

Be a more responsible driver by refraining from sending or responding to text messages on your cellphone while driving or when you’re have stopped at the red light in traffic. Texting while driving puts you and others in harm’s way and is against the law.

Turn off your cellphone and put it in your pocket or bag. If you must use your phone, do so when the car is parked.

2. Always keep your eyes on the road when driving

You should try to focus entirely on the road. Avoid all forms of distractions while driving to reduce the tendency of getting into accidents.

3. If you’re a passenger to someone texting while driving, call them out.

You can easily ask a driver indulging in this activity to stop. You also have the right to report any individual engaging in this act to the appropriate law enforcement agencies.

You should try to inform as many people as possible to reduce the occurrence of such incidence.

Certain apps will mute incoming text notifications and alerts you when you’re driving at above 15 mph. Some apps also alert the sender of the text that the recipient is behind the wheels. They even alert parents know if their teen driver disables the application.